Did you catch my other post on Steampunk Triceratops?  That’s him next to T Rex about to get down to business.  I’ve been having SO MUCH FUN with those paper mache blank forms of dinosaurs that I found.

In case you might be interested in trying your own hand at creating a ‘punk’ dino, these are for sale in my Etsy shop (Old Raven).  Just click on the Etsy link above and it will take you right there. 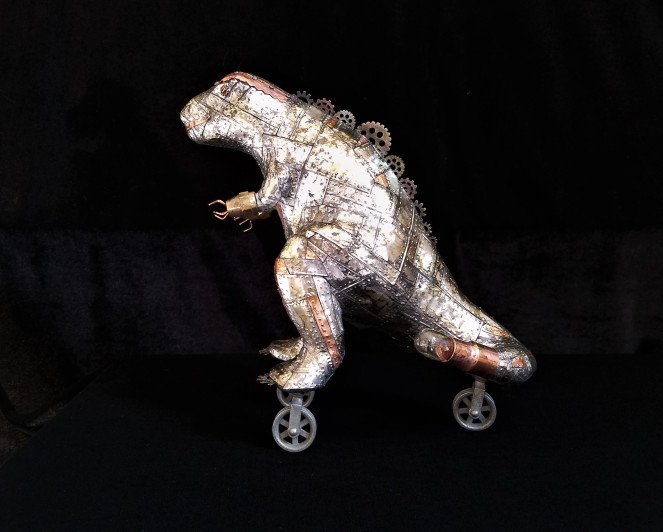 So here’s the King – Tyrannosaurus Rex!  Mounted on three mini pulley wheels (yes, they actually turn) this guy didn’t just lumber out of the Jurassic – it’s more like he rolled out of the Industrial Age.

I added lots of grungy patina to his riveted skin. 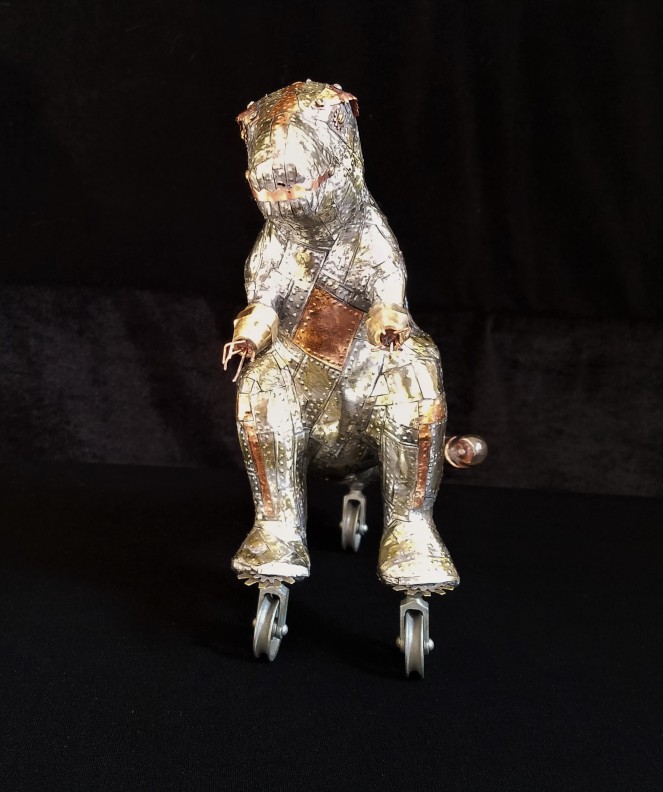 He even has gears for toenails! 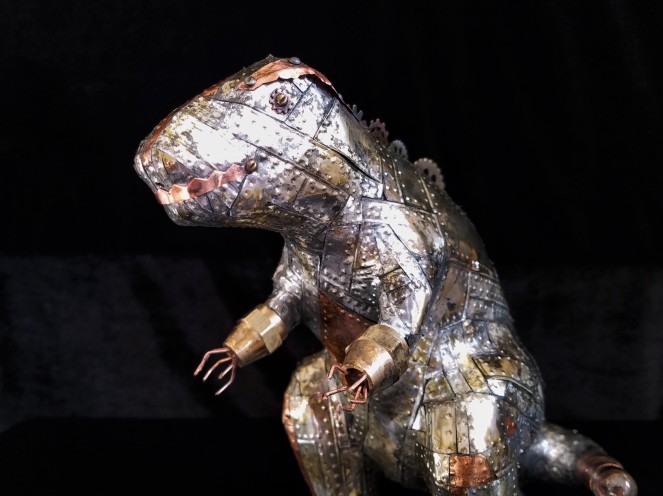 Copper sheeting was hand-cut for his toothy grin.

The paper mache form didn’t have enough of that heavy brow line that T Rex is famous for so I added a bit more made from copper and attached it with a row of tiny bolts.

I also added a few plates of copper foil for his skin instead of only silver foil like I did on the triceratops.  It gave him a bit more of a ‘terminator’ look, perfect for a T Rex, don’t you think?

Well that’s it.  I wound up using over 400 individual pieces of riveted embossed foil on this guy and whew, that took quite a while to get them glued on to all those little curves and indentations on Mr. Bad News above.  But it was worth the effort in the end because I love how my T Rex turned out.

If you’re interested in seeing more of him, check out the listing for him “Steampunk Tyrannosaurus Rex” in my Etsy shop Old Raven.

Hope you enjoyed the show – now go craft on.